WE'VE GOT OUR EYE ON YOU FIONA! 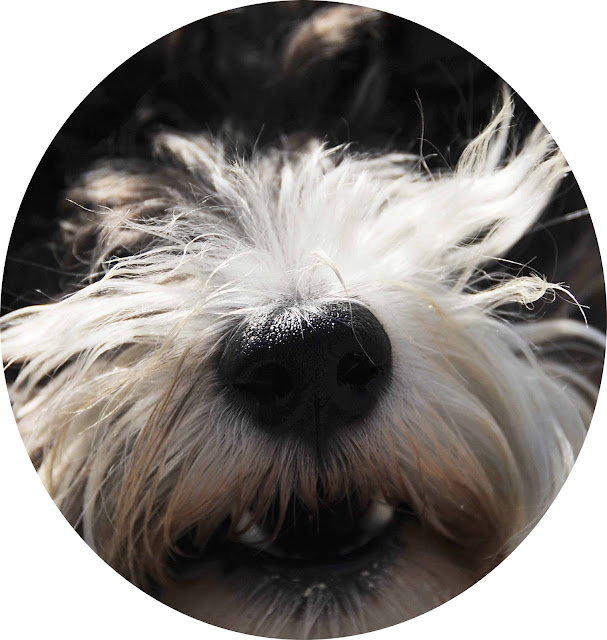 The cheek of it!


It was YOU who told Old Two Legs and The Missus about the carrots!

No rain this morning just a damp path, but that didn't stop us from having a good run around after the rabbits!

We even got the ferrets to join in, Mr Brambles stood at one rabbit hole and did his big 'Rabbit Scaring Growl' and Miss Snowflake gnashed her teeth 'cos that is always a good way of getting the rabbits to move!

In the end OTL got fed up with us all running around with no real results, so he called us all off to the beach where we all had a game of 'Hole Digging'!

The run back was good fun and Mr Brambles was running and doing his 'Ferret War Dance' while chasing Miss Snowflake!

Now he is getting some daily exercise, his running is improving no end, he looks just like Snowflake when he is running and his walking is getting better as well!

At home he has started to climb up the side of Snowy Heights which is at least five foot six inches tall!

Mind you, OTL is standing there with cupped hands ready to catch him but so far he hasn't fallen off, which is more than be said for OTL who was always falling off when he was doing his climbing!

When we went out first thing, we spotted a female Mallard duck under our caravan!

We gave it a woof and off it flew but when we came back, there in the garden was a Blackbird digging for worms right by the path and he didn't even move went we all walked past!

I think they are all getting to know that it's a safe place to be in our garden!

After breakfast we all fell asleep, even the ferrets were snoring their heads off while OTL cleared up their Poo Tray!

Holly said that she didn't really feel like going out just yet 'cos her tummy was too full!

Later, after we woke up, we found that TM had gone to bed 'cos she was 'Just Too Tired'!

More than likely it was too much giggle juice and too much staying up late!

So we let OTL off the 'Grand Adventure' and decided a run on the beach would be a good idea.

When we got down there we bumped into a couple of Two Legs sitting on the wall. Holly had a good sniff and decided there was no food, so they didn't even get a 'Hello'!

They were too busy looking at a couple of Thames Barges sailing past, well they weren't exactly sailing 'cos the were going against the wind and didn't have any sails up, so we reckon they both had engines!

Holly decided that while every one was looking at the boats she would have a roll in a super sniff on the beach. I'd never seen her get so excited!

All this looking at the water was too much for me and before OTL could say anything I rushed into the water just to cool my bits off. It was all OK until a wave came along that lifted my paws off the bottom!

Holly by now was sitting on the beach and laughing at me!

I didn't mind 'cos OTL was there and would have pulled me out!

As we got to the top of the hill, there was a Bozo Two Legs that kept on saying to Holly, 'Come Here Little Doggy'!

Just how daft these Two Legs can be!

We are set for a restful evening, OTL will put on a DVD tonight and TM will fall asleep before it's finished!