It has been cooler today but we have had some fun!

I got Old Two Legs up early this morning 'cos I wanted to get out early. OTL was wandering around the bedroom banging into the walls and door!

Finally, he was dressed and off to the sea wall. Well, the further we went along the road the wetter it got!

OTL didn't wear his rain proof coat but by the time we got to the sea wall poor OTL was wet all over!

On our way back home OTL stopped and took this picture of the only sun beams we saw all day! 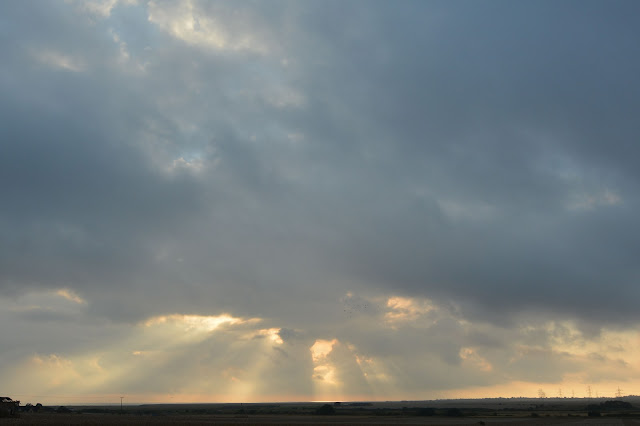 Because of the rain, I decided to climb into my bed in the office and spend the morning snoozing! 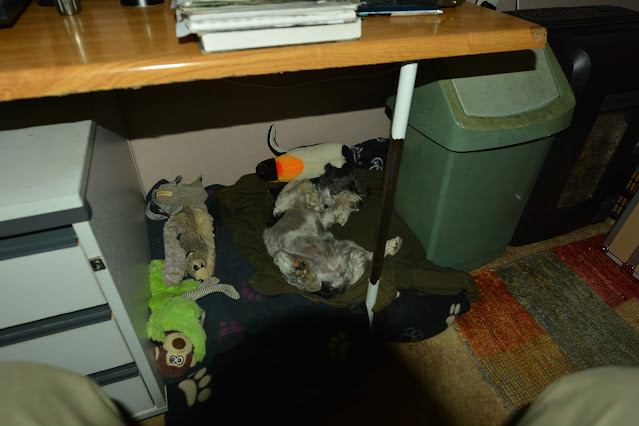 The best way to spend the morning! 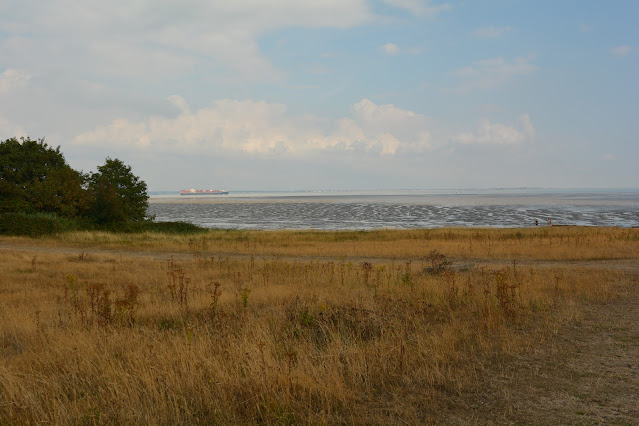 Lunchtime the rain had stopped and I spent some time sniffing the sniffs all the way back to the car park. 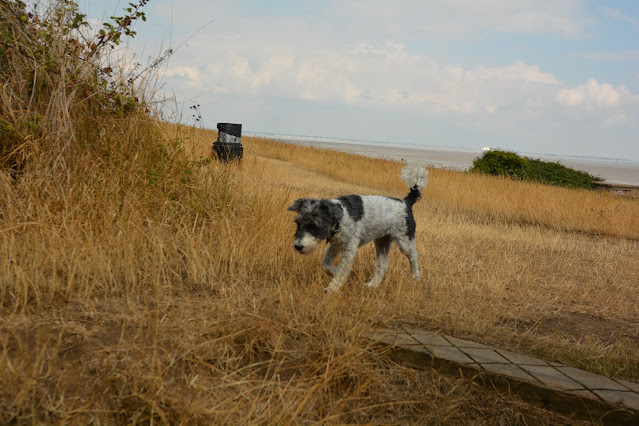 Hunting sniffs is one of the best things about walking down by the sea wall.

Tomorrow we should be visited by OTL's cousins Alun and Glynis. They will be staying over the weekend so we can say goodbye to OTL's whisky!

Mind you, if the weather is good, we plan to go to visit Herne Bay. I might get to have fun charging around on the beach!

Waiting for the rain!

Last night I was on guard duty, around three thirty, doing the rounds, when I saw a fox in the back garden!

That was it, the first thing I had to do was to warn Old Two Legs and The Missus that we had robbers in the garden hunting frogs around the pond!

Now, they are our frogs and no fox is going to have a midnight feast on our froggies!

TM answered the call and let me out into the garden and then it was up to me to chase that interloper back and over the fence!

My brave work did mean that we didn't get up until a quarter to seven!

By the time we got down to the sea wall, the sun was up and to be honest, the view was as good as poo! 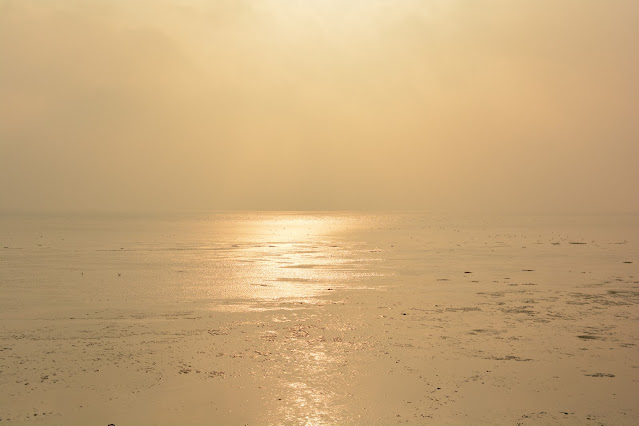 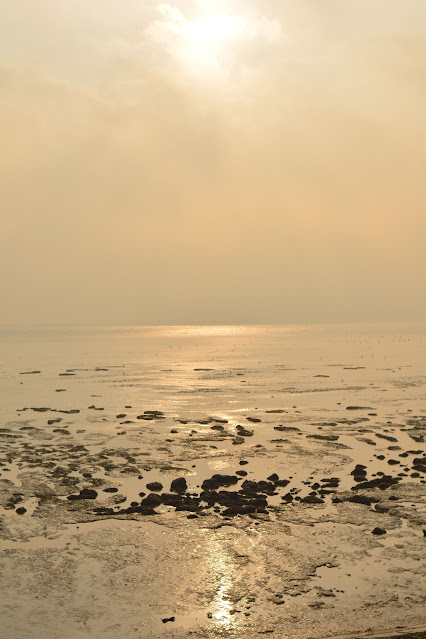 A bit further along the sea wall we came across a few of the lads who were waiting for Sandy to come back in from chasing the gulls. The only problem is that Sandy was right out across the mud and at times we couldn't see him!

He was having a great time chasing the gulls that I reckon when he finally comes back there will be more mud than Sandy!

Guess who is going to get hosed down?

Back home there was a little work for OTL but after lunch he fell asleep in front of the TV watching the Boulder Climbing. OTL used to do this sort of climbing and at one time he taught climbing but since getting all old and fat, his days of hanging upside down have long since gone!

Now we have been promised all manner of rain and thunder but so far it has yet to happen, maybe later tonight when the froggies come out to play!