It's getting exciting as the holiday getting closer, I've been getting out all my stuff I'll be taking, you know, Harness, short lead, doggy towel and stuff like that. Old Two Legs has been doing the same and he has even got out his big lens and sturdy tripod.

Both him and The Missus have been packing their clothes, TM has lost her walking boots, which is a good excuse for not taking me out for a walk and a wee!

OTL says she will have to buy a new pair when we get there!

Hey! What about High Heeled Wellies?

The morning walk was a little boring, the tide was out, so, no deep paddling, but the ferry looked dramatic as it pulled into Sheerness Harbour. 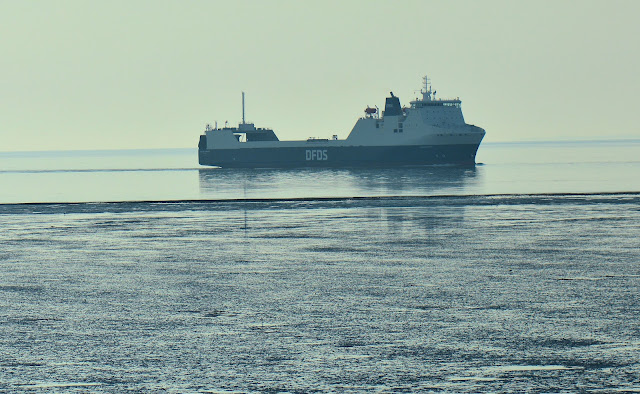 In, in time for breakfast!

OTL found a plastic ball and we had a game of 'Chase the Ball', that was until I got fed up and hid it in the grass! 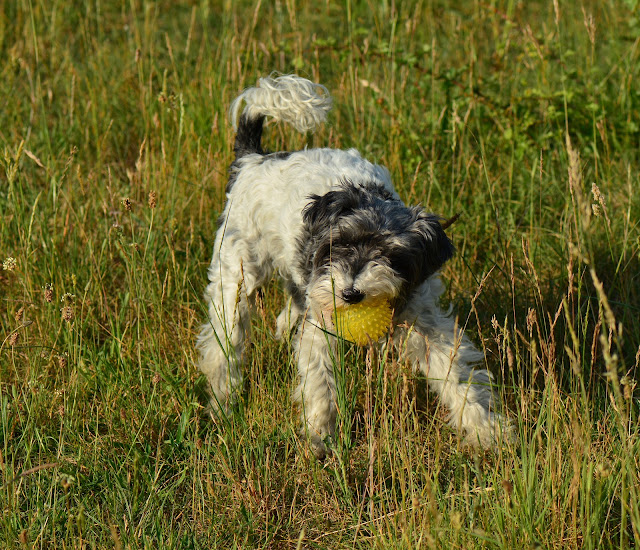 You know, this one even squeaks!

Lunchtime was a disappointment as well; the tide was on its way in but it wasn't near enough for me to have a dip! 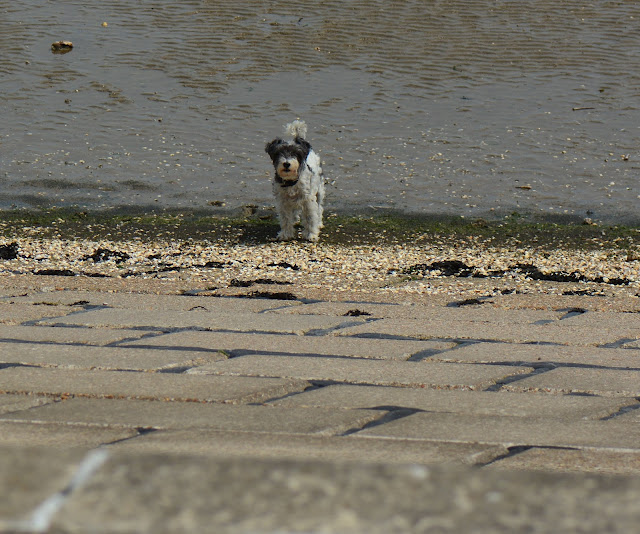 Well, that's it really, we met two sets of woofers including the two hooligans. Tomorrow we will be meeting up with Martin and the rest of the family then the next day we are off to get the ferry across to Isle of Mull!

So, don't get upset or worried if we don't post a blog until Sunday!