and down came the rain!

Well, we have been wishing for it for some time and now it's come, rain!

We had some yesterday and it and it scared the pants off our froggy friends!

This morning there was some threat of rain but it held off until lunchtime.

The mornings have been good to Old Two Legs, the sun light has played some pretty pictures on the cloud. 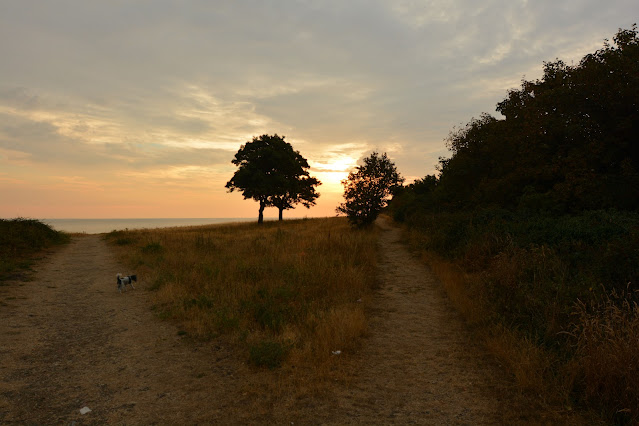 It has the promise of rain but later on!

The sea was calm and there was no wind, mind you, there was the trace of waves made by a passing ship. 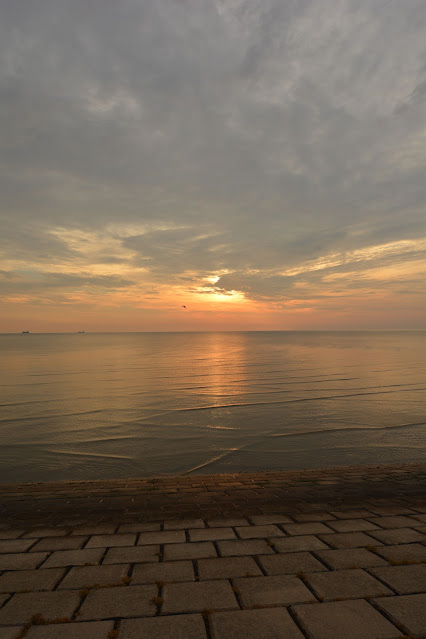 OTL wouldn't let me go for a paddle in the mud!

It is always a wonder to me that it's the moon that moves so much water in and out! 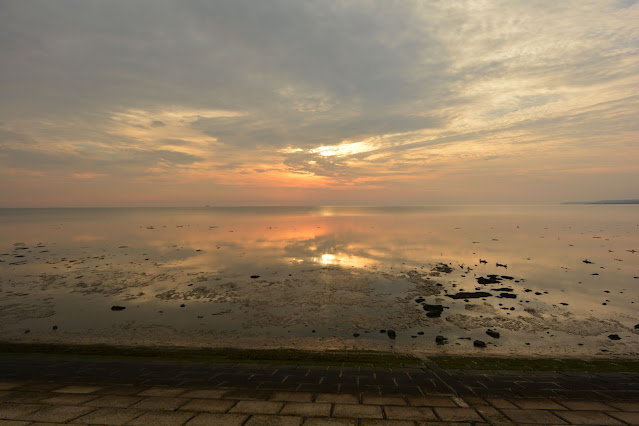 The horizon seems to shrink as the tide goes out and you can see further away!

It was lunchtime that the rain came down again and we only got back to the car in time. We spent the afternoon having a snooze, which is the best thing to do in the afternoons!

Let’s hope there is some more rain tomorrow.